The tango is, perhaps, as much a symbol of Buenos Aires, as it is the embodiment of the culture which it represents. Erroneously considered to be the music and dance of Argentina, Tango is, to a greater extent, a cultural expression of the Río de la Plata (an area incorporating Buenos Aires, Rosaria and Montevideo) and a nod to the social history of the porteños that inhabited the region. Indeed, so fundamental is the Tango to the socio-historical tale of the Río de la Plata that in 2009 it was inscribed into the UNESCO list of Intangible Cultural Heritage.

The origins of the Tango are deeply-rooted in the 19th century post-colonial landscape of Buenos Aires. In the wake of Argentine independence, the ríoplatense region was plagued by four decades of factionalism and infighting as mass industrialisation precipitated the displacement of large swathes of the population from rural areas to harbour cities. Waves of European migration only exacerbated social tensions, as Buenos Aires’ pre-existing melting pot of cultures continued to diversify.

As the Argentinian ethnographer Marta Savigliano notes, the ‘Tango started as a dance, a tense dance in which a male/female embrace tried to heal the racial and class displacement provoked by urbanization and war.’ The ‘ethnic, racial, class, gender, and sexual’ tensions of the  Río de la Plata were embodied in the figura or form of the dancer, endowing the Tango with a healing, uniting force which sought to erase the indelible scar of classism left in the wake of colonialist. 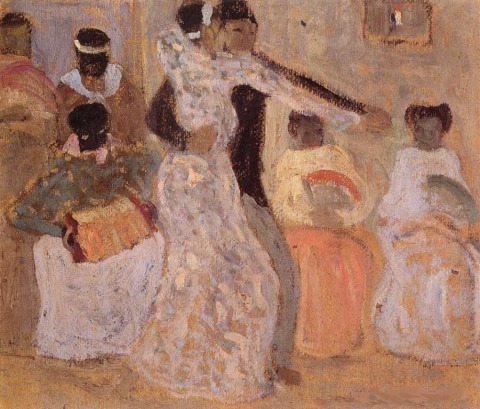 El tango, oil on canvas by Pedro Figari (Uruguay, 1861-1938). The painting depicts the humble origins of the dance and its significance as a unifying force in the region 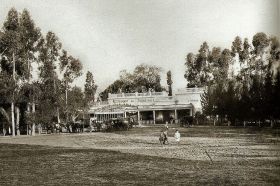 Lo de Hansen, located in Palermo, Buenos Aires is one of the most significant edifices associated with the development of the dance

Candombe federal, oil on canvas by Martín Boneo (Argentina, 1836). The painting depicts the origins of the tango in the black communities of Buenos Aires

However in recent years, the dance has been the subject of intense criticism on the part of academics who perceive its inscription by UNESCO as part of a broader trend of its commodification for the consumption of foreigners. Rather than protecting its cultural significance, the dance has been exploited in a process that Professor Tatjana Thimm has dubbed ‘dance tourism’. Indeed, the value of the commodity rests not so much in the dance itself, but in its seductive capacity to draw tourists from all parts of the world to Buenos Aires.

For another perspective on the impact of ‘Tango Tourism’, click here.